When you choose a financial planner, you want to ensure that they are professional in their dealings and act with integrity. For an efficient adviser and client relationship to develop, the ‘chemistry’ also needs to be right. Our financial planners have over 25 years of experience each in advising clients, along with the technical knowledge and qualifications to back this up. 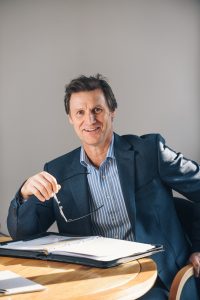 Richard set up Loughtons in 1995, having worked for the previous 5 years for a major Bank and prior to that, an Insurance Company in Central London where he was born and brought up. Richard moved to Devon when he got married to Sarah, who also works for the family business and they now live together in the village of North Bovey. Richard specialises in advising both personal and business clients on Pensions, Investments, and Inheritance Tax Planning.

Apart from work and of course Sarah, Richard loves watching and playing numerous sports, including golf, tennis & football and listening to music. 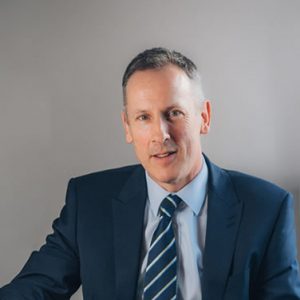 John has worked in the profession for many years, previously working for a major High Street Bank and since 2004 as an Independent Financial Adviser and Financial Planner. He is now in the process of phased retirement and will leave the firm finally as at 31st October 2021. In the meantime John is gradually introducing his clients to his replacement within the firm and as a consequence he is no longer providing formal advice. Away from the office John enjoys a busy life. He has been married for many years and spends much of his spare time with his wife and family. He is also a very keen cyclist and he and his wife plan to travel extensively throughout retirement. 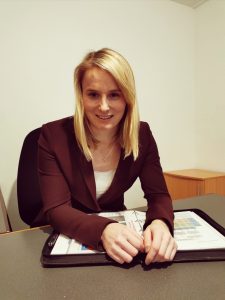 Lucy is Richard’s eldest child and she joined ‘Loughtons’ after finishing her A Levels at Stover School and whilst initially only working in an administration role she quickly realised that being an Advisor would be much more interesting. She has now passed various Chartered Insurance Institute exams surpassing the six needed to be Diploma qualified and is pushing on towards being ‘Chartered’. Lucy specialises in personal tax & trust planning.

Away from work Lucy has enjoyed a successful career in Equestrianism, being both under 18 and under 21 National Champion and representing Team GBR at the Junior European Championship in Germany in 2010. Unfortunately, a career in finance and working with horses are not compatible and so something had to give, so she now spends much of her leisure time, participating in various water sports! 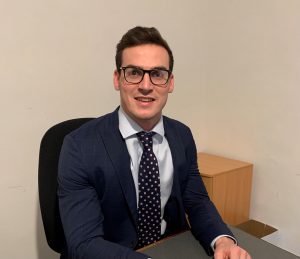 Will is Richard’s youngest child and joined ‘Loughtons’ in 2016 having worked as a purchaser for an Exeter construction firm after finishing his A Levels. Will also joined in an administration role for Richard, with the goal to follow in his sister’s footsteps and become a qualified advisor, which he achieved in 2018. Both Lucy and Will are working together towards becoming ‘Chartered’ Financial Advisers and although relatively new to advising compared to the rest of the team, Will has followed Richard and John closely during his development and benefited from their years of experience.

Outside of work, Will lives in Bovey Tracey with his fiancé, Amy who also works for Loughtons. They both completed numerous Ten Tors Challenges together at school, which they have transferred to their new lives where they spend a lot of the time on Dartmoor with their rescue dog Sam. Another hobby that they both enjoy is Rugby, Will plays for Topsham rugby club as a winger, and has had the opportunity to play a couple of games for Exeter Chiefs Academy, the highlight being against the Royal Navy at Sandy Park. 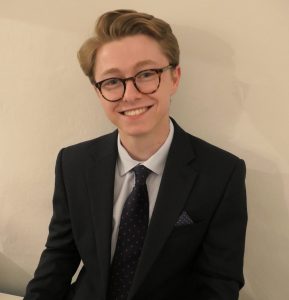 Max has recently returned to his native North Devon, having formally worked in project management roles in London. He holds a degree in International Business Management and is relishing the challenge of both working and studying for his formal Chartered Insurance Institute Financial Planning qualifications.

Richard Loughton commented, “following the success of both Lucy & Will in achieving this combined target, we are confident that we are able to help Max follow in their footsteps and become  a qualified member of the team”.

Contact Us
By continuing to browse our website you are agreeing to our use of cookies.
We use cookies to ensure that we give you the best experience on our website. If you continue to use this site we will assume that you are happy with it.Ok